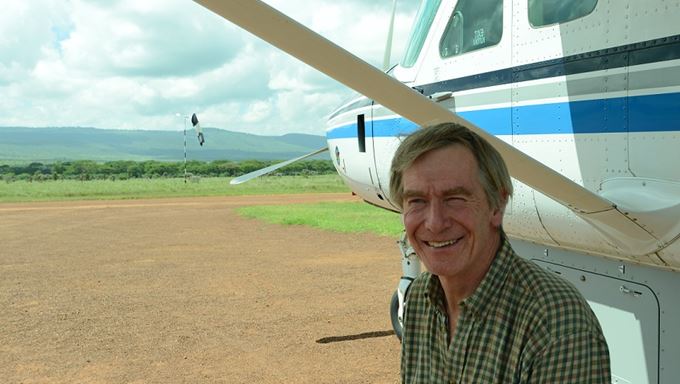 Leaving the City, Jonathan spent some time as a dairy farmer in Devon (which he loved, cattle are a great interest) before heading out to Africa when UK farming was in crisis to look at continuing his agricultural career there.

Smitten by what he found in Tanzania, Jonathan became immersed in several projects culminating in being a principal part of a business operating several safari camps in the Serengeti and Tarangire (northern Tanzania), as well as building a lodge overlooking the Indian Ocean.

Whilst in Africa Jonathan developed a special interest in the tribal cultures of East Africa and a deep affection for the gentle people of Tanzania. Moving back to England, he was involved in a long-standing equestrian and farming venture whilst also working as a marketing consultant for various East African safari businesses. For a time he also kept peripheral farming interests in KwaZulu-Natal, South Africa. He joined Nicola in running what was then Africa & Indian Explorations at the turn of the millennium.

Jonathan is responsible for the day to day operation of The Explorations Company. He travels frequently to Africa but his interest in aboriginal cultures also takes him to Canada from time to time where he can be found canoeing, often solo and completely unsupported, in the deep bush. In the backwoods he is also able to indulge another fundamental interest: traditional skills and disciplines which have included building a completely naturally-sourced bark canoe which now hangs in The Explorations Company offices.

Watching a herd of 500+ elephant in Tarangire; sailing on the Indian Ocean or Lake Malawi; flycamping anywhere; walking and “allowing Africa to pass by” in Laikipia; riding in the bush; chatting, especially about cattle, with Masai or Samburu tribesmen; canoeing on the lower Zambezi; walking in the incredible Selous or remote Katavi National Park; ‘wild’ camping in Kaokoland, Namibia; beachcombing in remoter coastal areas of Kenya and Tanzania and exploring anywhere that is removed from urban light pollution. One of Jonathan’s greatest pleasures, allowing him to wrap all of this together, is meeting and discussing projects with clients who want to obtain a deeper and more immersive experience of Africa as part of their unique safari.

The Explorations Company, where no two journeys have ever been the same

Explore with The Explorations Company

Our Guarantees To You

Premium service from one of the world's most knowledgeable travel companies

Flight-Inclusive Bonding: We are licensed by the Civil Aviation Authority and hold ATOL Number 7159

Flight-Exclusive bonding: Your holiday is further protected by our membership of ABTOT Membership Number 5197